On the 10th of December, the 2021 A.I.Virtanen Prize was awarded to Professor Pentti Huovinen from University of Turku

in recognition of his extensive research in the field of bacteria and their relevance in human health.

The A.I.Virtanen prize, named after professor Artturi Ilmari Virtanen, who received the Nobel Prize in Chemistry in 1945, was now awarded for the 20th time. The prize is awarded by the Societas Biochemica, Biophysica et Microbiologica Fenniae, Foundation for Nutrition Research,  and the Finnish Chemical Society, to a Finnish or a foreign scientist, who has significant achievements in the fields represented by the aforementioned societies. Special attention is paid to broad-minded, still scientifically active nominees. Interdisciplinary approach to research is also highlighted. 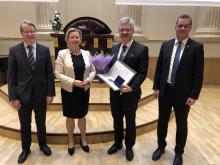 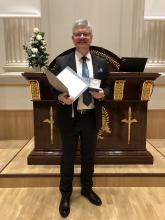