History of A. I. Virtanen -medal

In 1961, the then board of the Societas Biochemica, Biophysica et Microbiologica Fenniae decided to celebrate its founder by commissioning sculptor Aimo Tukiainen for an A.I. Virtanen medal. Altogether, 20 medals were struck, the first of which was handed over to the club's founder, A.I. Virtanen and another to the National Museum. The medals were made with the aid of the club's support members.

The last silver medal of the original A.I. Virtanen Medal was presented to Professor Johanna Ivaska in collaboration with the Finnish Chemical Society and the Nutrition Research Foundation as part of the A.I. Virtanen Award in November 2017. The 2017 Biobio Society turned to its honorary and emeritus members, foundations and associations for a new medal. The board of the Biobio Society warmly appreciates all the supporters. For this great support,the society was able to bunch 25 new silver medals. The first medal of the batch was handed over to Art Center Purnu, who cherishes the heritage of the medal designer, according to the wishes of the copyright holder, Aimo Tukiainen. With the new medal series, we will continue to honor the Nobel Prize winner A.I. Virtanen and his meritorious research work, distinguishing researchers for their advanced academic career and thus preserving the Finnish cultural heritage related to scientific work. 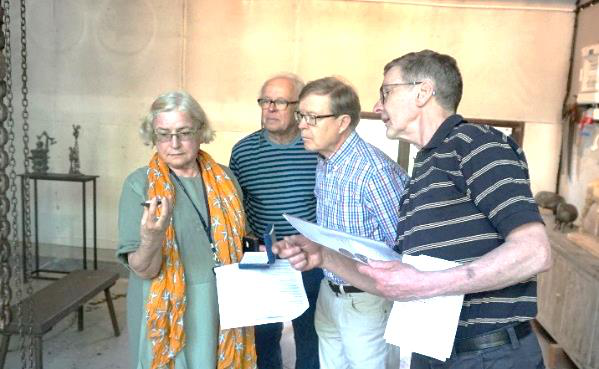 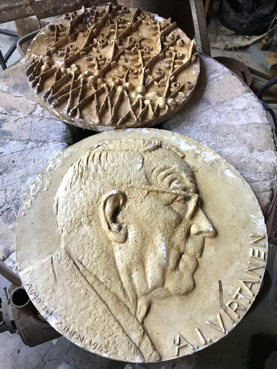 Original plaster casts designed and made by sculptor Aimo Tukiainen.